The History of Bender Devices in Mines

Mines have long been a harsh and potentially dangerous environment for people and equipment to work in. Records show that regulations requiring insulation resistance monitoring of ungrounded electrical power installations have existed since 1903. However, adequate products were not available until 1937, when recent engineering graduate Walther Bender invented the ISOMETER®, revolutionizing the safe use of electricity in mines. With this invention, Walther founded the Bender company with his wife Kathrin, building the first ISOMETER in their converted laundry room.

Walther’s work in mines began as an inspection engineer. He inspected mine electrical systems to ensure the workers were protected with adequate electrical safety. During the inspections, mines would have to be completely shut down. The lost production time quickly added up, and workers had to stay late into the night to make up for the lost production.

To help with this problem, Walther invented and patented an “insulation monitoring and earth fault detection device for three-phase systems” under today’s well-known name: ISOMETER. With this device, mines no longer had to shut down for him to conduct his inspections, and workers could go home on time. Once invented, the ISOMETER was installed in ungrounded 500V three-phase systems in open-pit mines.

By the end of the 1950s, the German mining industry slowed, and mines began to shut down. The recession prompted Bender to expand the idea of “maximum electrical safety for people in sensitive areas” beyond mining. Soon the ISOMETER was modified to be used in dark underground coal mines. For this application, the ISOMETER needed to be encapsulated in explosive-proof enclosures because of the methane gas present in underground mines in Europe. In 1965, Christian Bender, son of Walther Bender, joined an underground mine for half a year as an electrician, testing a new generation of trailing cable monitoring and protection devices for ungrounded three-phase systems. While doing so, he was able to understand the mining industry's needs better.

Over the next few decades, Bender expanded into more industries and many countries. These new countries also provided a renewed need for electrical safety in their mines. The products needed to meet new challenges, such as grounded electrical systems, local regulations, meeting quality standards to guarantee continuity of operations under extreme conditions,  and working at tremendous heights above sea level, up to 5,000 meters.

Global mining operations have long used resistance-grounded power systems for portable and fixed medium-voltage and low-voltage applications. Control of ground-fault current and the capability to restrict the touch potential on portable and mobile equipment are among the reasons for using resistance grounding in mines. Ground-fault tripping is most often used in ore extraction areas, while in refining and processing areas, alarm-only systems are often selected for their ability to improve continuity of service. Bender offers grounding systems and relays, including ground-fault and neutral-grounding resistor monitors and ground-continuity monitoring devices.

Our roots in mining run deep, and the need for insulation monitoring devices in those systems is still vast. The iso685 ground-fault monitor has many uses in mining applications, from monitoring the DC field in dragline MG sets to monitoring the ungrounded outputs on sophisticated medium voltage AC drives. Our newest ISOMETER product, the iso415R, was released in July of 2021 and is currently available.

In addition to the iso685 for ungrounded systems or circuits, Bender offers many products which can be used in a mine’s grounded power systems, including the popular NGRM500 and NGRM700  Neutral Grounding Resistor Monitors. These are often used with RC48C  ground-fault continuity monitors, which detect faults in trailing cables and their connected loads. Integrated product solutions, such as high-resistance grounding systems that communicate site conditions over a data network (locally and remotely), can provide timely information for remote staff and provide enhanced safety at remote sites.

For assistance in selecting the appropriate product or to learn more information about this application and Bender technology, contact our team of experts. 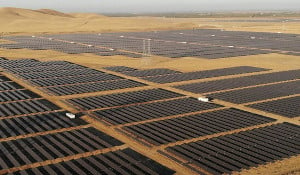